In The Footsteps Of Cervantes


Who was Miguel Cervantes

Miguel Cervantes was born in 1547 in Alcala De Henares. His family moved frequently and when Cervantes was in his 20s he went to Rome to study before joining the Spanish army. This period of life for the father of the modern fiction reads like a novel itself. He fought in battles, was wounded, criss-crossed the Mediterranean and was eventually captured by Turkish pirates who took him to north Africa and held him hostage for five years. Although he tried to escape on four occasions he was only freed when a ransom was paid and he was able to return to Spain where he became a tax collector.
He would use incidents from this period in the plays that he started to write and in his most famous work, Don Quixote De La Mancha, which was published in two parts during his life in 1605 and 1616. Don Quixote tells the story of a delusional nobleman and his sidekick Sancho Panza. Quixote, is in denial of the real world and tries to live out a life of romantic chivalry as a knight, attacking windmills because he believes they are giants, mistakes a tavern for a castle and prostitutes for courtly ladies.
It is regarded as the first contemporary novel and was a huge success throughout Spain and within a few years of appearance of the first part had been translated into English and French – the first international bestseller. Despite its success, Cervantes never became rich. The laws of copyright had not been established at that time and Cervantes died in poverty in 1616 in Madrid. 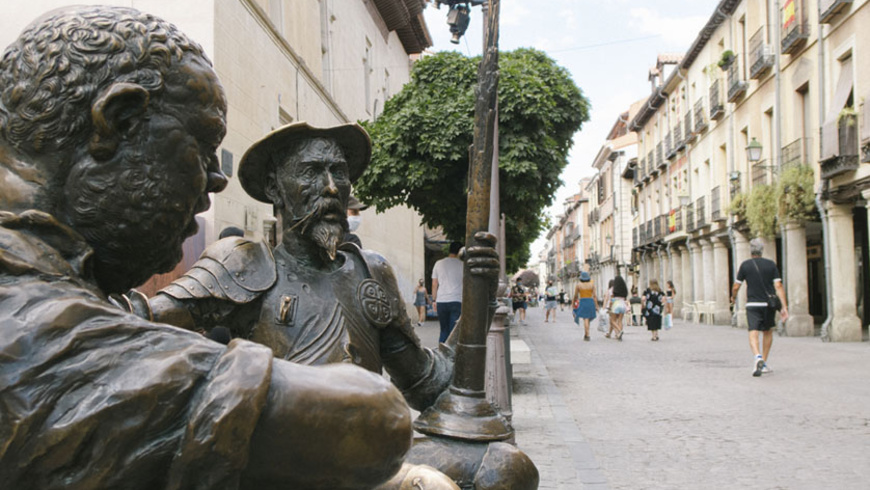